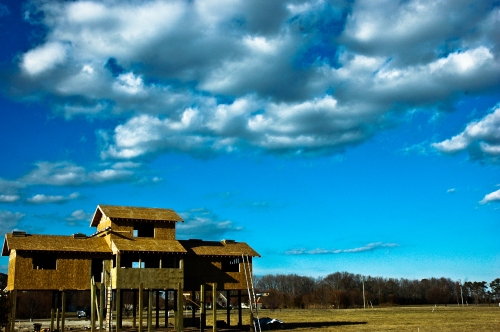 After the furious fun of Florida I was probably way overdue for a cold hard slap of reality.

When we were in Florida, in a weirdly provocative, probably drunken dream, I had dreamt that, while Miss Carol and me partied, swarms of little people had swarmed all over our house and finished it- you know, kinda like Ty Pennington and his crew had a coupla days to spare and had taken pity on me and my foolish dreams?

So I took a deep breath, wistfully remembered my dream briefly, braced myself, and took the cold hard slap as manfully as I could.

At least I didn’t cry.

But it was tough, man. We had flown back on Saturday and on Sunday morning I was meeting with the plumber, laying everything out so that they could get started during the week and after he left, I stayed at The Little House of Horrors and re-worked a bunch of the electrical rough-in.

A bit of backstory- originally we were going to have recessed lighting everywhere. It’s totally cheap, totally innocuous, and totally bleah. Recessed lighting really does nothing for me, except that, you know, did I mention it’s cheap? Anyway, a couple of weeks ago, I had roughed in all these fixtures, thinking, you know, WHATEVER. Cheap is good, right?

Then. Down in South Beach? In the room we stayed in for all of one wild ride of a night?

Warm, lowly lit, wall sconces everywhere. I gazed upon them rapturously while the angels sang to me and I knew we had to have wall sconces in The Little House of Horrors. F the recessed lighting and it’s coldly impersonal bleahness.

After a couple of cocktails I was able to convince Miss Carol just how desperately we needed wall sconces. 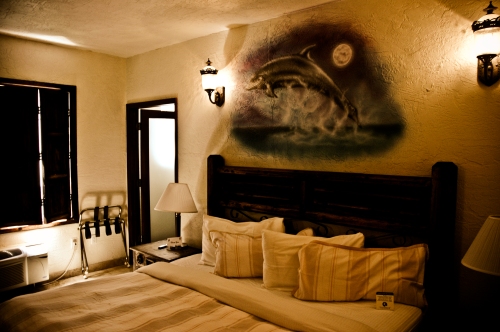 But I wasn’t able to convince her about the air brushed wall mural.

This entry was posted in doggy dreamhouse?. Bookmark the permalink.