Day One, of, you know, my summer vacation. 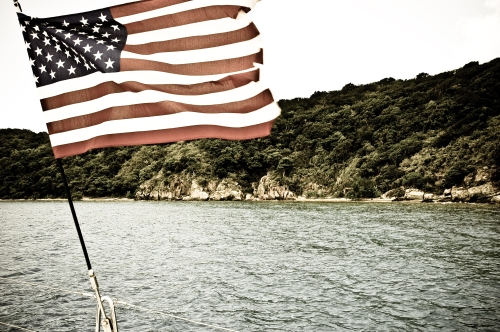 I’m feeling much more better, much more like myself and much less cadaverous so I gotta crank this up. In the immortal words of Captain Ron “Let’s light the fires and kick the tires”

First some back story on the crew of our happy little boat:

THE SCHEDULE- this is an inviolate foregone conclusion guaranteeing the relentless pursuit of the sameness that is the cornerstone, the bedrock of the good vacation. Don’t fuck with it.

Queen Princess Cruise Director– she is the wife of Captain Mo and she makes all decisions regarding everything about our vacation. Her vacation vision is all-knowing, all-encompassing, unforgivable. To cross her is to incur sizzling wrath. We kinda knew this going in, but the sheer scope of her reign isn’t realized until we are aboard and far out to sea. The SCHEDULE is her personal bible. Did I mention don’t fuck with it? I think I did.

Captain Mo– husband of the Queen, he’s the most laid back, self-deprecating person I’ve ever met. The problem is that his self-deprecation doesn’t stop him from taking the helm.

Captain Ron– best friend of Captain Mo (together they’re referred to as Captains MoRon- not my nickname for them). Captain Ron this time around is kinda whiny and sickly. He’s old- empathize, okay?

Hennifer– one time girlfriend of Captain Ron, this is her first trip to the BVI’s. She is chirpy and sweet and just wants everybody to get along and have fun- a noble task.

Miss Carol and Me– as galley and deck niggers, we’re relegated to cooking when told to and pulling whatever lines need to be pulled. It’s Ok and expected. Honest.

Miss Carol and me fly into Tortola. On the way to the hotel our taxi driver takes us to a market for beer and vodka and proudly points out its newness. In typical island fashion it’s incomplete- rusty rebar shooting out every whichaway, optimistically heralding completeness that probably won’t ever happen.

The rest of the crew has picked up the boat and sailed to Willy T’s where they’ll party. Miss Carol and me check into a hotel in Nanny Cay for the night and get nekkid and have a blast.

Vacations could, and can be, fun.

At least at first.

8 responses to “Day One, of, you know, my summer vacation.”