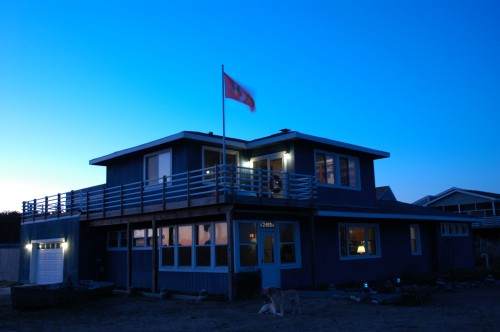 Another Monday morning again and like everyone else I had to go to work. I work all by myself in the unoccupied beach front homes of absentee homeowners. I’ll go weeks without talking to anyone but after centuries and decades of managing employees, if I never have to deal with one again I’ll be a happy guy. But that’s a whole nother story.

I was tired ’cause once again I spent all weekend working. When Miss Carol and me don’t have house guests (which is rare since we live at the beach and Miss Carol is one of 12 and we have a million bejillion nephews and nieces and they all want to come to the beach but that’s a whole nother story) we work on the house and try to keep stuff from rusting, which is one of the things they don’t tell you about when you move to the beach. Everything rusts. Plastic rusts. If you lay awake at night and listen carefully you can hear your house rusting. It’s a constant battle. But, again, that’s a whole nother story.

I spent Saturday working on painting Casa Oceandoggy once again, two gallons at a time because that’s all my sanity will allow. But that’s a whole nother story.

I’m also getting the bay boat ready for another season and the catamaran re-rigged for easier sailing. But that’s a whole nother story.

My brother and his little cupcake are coming down next weekend so we can tear out the fence around Casa Oceandoggy so that I can build a new one. Fence I mean. But that’s a whole nother story.

But then tonight, at the end of a long day which was at the end of a long weekend I was walking the dogs, feeling a little beat down when a friend of mine, barreling home in the golf cart that he uses to clean pools on the island swerved, stopped, and offered me a cold beer so that he wouldn’t have to drink alone.

And ya know what? I just wanted to french kiss the world. It was quite possibly the best beer ever.

There are times that I love being me.