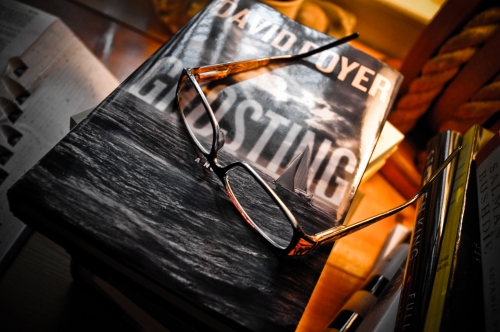 Ghosting by David Poyer is kinda fucking me up.

It’s not a really well written book and it goes in too many directions all at once. If he had just told the story of the perfectly rich fambly sailing their new yacht from Connecticut to Bermuda and getting caught in a huge storm it could’a would’a been maybe cool.

Or, if he’d decided the story would be about the rich newbie sailing fambly getting hitchhiked on the open sea by smugglers that are all a whole lot more like Al Pacino as Scarface than Johnny Depp as Jack Sparrow, it could’a been amazing.

But instead, he decided to roll the dice with a story that included every horrendously terrible thing that can possibly happen on a sailboat at sea.

Trust me, you will NEVER go offshore if you read this book.

It’s a story of endless grimness and rape and murder. The reviews I’d read leading me gently to reading Ghosting talked about the love the family felt for one another- the love that held them together in their tough times.

Read it. It’s not terrible, but I’m thinkin’ I’m gonna pick my next book waaay carefully so’s I can rinse my mental palate.

That means they’re 42 years old in human years and somehow went from little fluffy puppies to hardened adults in less time then it takes me to have to renew my drivers license.

The other day I hooked them up and walked outside without looking and some people we know were coming around the corner on their walk with their little perfectly trained one-year old black Lab.

As soon as I opened the door Cutter and Tug saw her and they surged, yanking me outside and they were all like- LOOK ROR ITS A DOG, A DOG, LOOK, LOOKIE, LOOK LET’S GO MEET C’MON going ballistically hopping and tail walking and the folks with the little black lab stopped, sighing mightily, and the little black lab, all obedient-like cowered and laid down on the road watching warily our approaching retards.

So I got dragged over to meet everybody ’cause gosh IT’S A DOG, DUDE, C’MON C’MON!!! and I could see the folks with the really good obedient dog weren’t real happy with the Cutter and Tug rape.

I apologized, and pulled my dickheads away, and got Cutter and Tug headed in the right direction, with them marching me up the road trying to dislocate things on me or maybe pull me down and road rash me, and me just trying to hold on between the sudden surges to get to a new smell and and the abrupt stops- DAMN DUDE I DON’T REMEMBER PEEING ON THAT.

But as they herky-jerked me around I was grinning.

‘Cause honestly? Yeah they can be a pain in the ass but I wouldn’t trade an ounce of their personality and attitude for a pound of the slovenly obedience of that other dog. In fact I kinda felt sorry for it. It’s gotta be hard to be that good ALL the time.

But then again, I do love them the best when they’re asleep.

This was one of those weeks.

So we lost the week between Christmas and New Years.

But then, this week has been perfect. No Global Warming Storms, no nothing- just pretty weather beckoning with outstretched arms, pleading.

I can’t get a hold of the contractor doing the site work, he won’t answer his cell phone and I filled up his voicemail with messages begging for an update.

This is why people get killed- it’s just sooooo blindingly frustrating it makes you wanna strangle puppies and stomp on kittens.

So lets look at babes instead. Breathe in, breathe out, baby.

A couple of friends called telling me it was time to go fishing and they’d pick me up at 4:15.

I’m not quite sure why all this manly shit has to happen so early in the morning.

But Miss Carol pushed me out the door and there I was, bouncing over the Atlantic swells in the pre-dawn darkness hunting fish. On wrecks. There were four of us and the other three had decided we needed to sidestep the rockfish tournament boats and head north to fish the wrecks for sea bass.

That’s cool, I’m good with that, I’ve never done it, so hey?

I love to fish but I wasn’t ready for this shit. The reason I go offshore is to catch fish that’re wildly athletic and as big or bigger than you are. When you hook up you’re in for a fight. So bobbing for tiny sea bass just wasn’t doing it for me. Add to it that when you catch one, chances are it’s undersized and it’s stomach has expanded choking it and when you throw it back you watch it slowly bob on the surface dying and I’d had enough after about an hour.

And don’t even get me started on the dogfish. Dogfish are 2-5′ sharks that haunt the wrecks and eat EVERYTHING, especially your tackle. You sink three baited hooks and when you snag a dogfish it somehow manages to roll up into all the tackle on the way up so you’re confronted with a toothy snarling piece of dogfish shithead and after one or two you feel like just cutting the whole mess loose and let Mr. Dogfish swim around for the rest of his life wrapped up in hooks and monofilament.

You wrestle with him and pull all the shit out of him and slide him back into the water and curse him.

So anyway. After an hour or so I was over it. Wreck fishing sucks. So I stopped and started drinking beer which was a problem since I hadn’t bought any because WHO KNEW you couldn’t buy beer at 4:30 in the morning in Virginia?

Finally the other guys got sick of wreck fishing and me drinking their beer and decided to head inshore for striper. I thought inshore meant running back down our outbound track but I was waaaay wrong.

It meant a 90 mile run to Kitty Hawk NC. I was sooo happy.

We got down and set a spread and finally got into them about a half hour before we had to run for home. After 14 hours of fishing, in 12 minutes of wildly intense catching we’d caught our limit.

And we were all friends again. 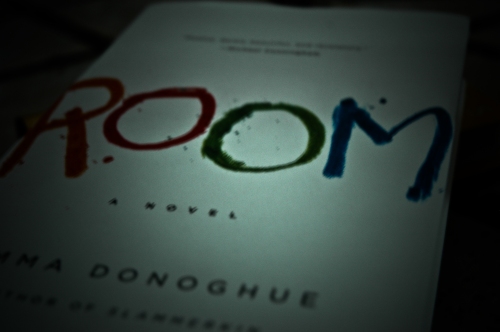 Room by Emma Donoghue is the story of a 19 year old woman abducted from her college campus and held captive for seven years in an 11 x 11 foot  shed. She’s sexually abused nightly by her captor leading to, among other things, pregnancy and a stillborn daughter and then Jack.

The story is told from the viewpoint of five year old Jack and it’s filtered through the lens of his childish naivete and unknowing innocence, which somehow kinda makes all of it that much worse.

Sometimes the implied, the left unsaid, is made more poignant and powerful by its omission. And man oh man, that’s what’s goin’ on in this book. I’m thinkin’ huge fistbumps and jumping chestsmacks for the untold, the unsaid, ’cause that’s what makes Room the stirring story it is.

It’s a disturbingly good book and the best thing I’ve read this year.

Get it and read it and weep. But, you know, in a manly way. 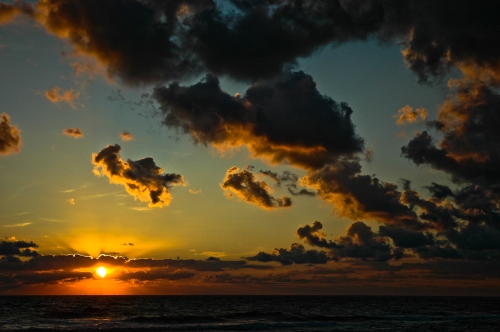 Don’t you just love a New Years Day with symmetry? I know I do.

Ones and repetitiveness aside, what I love most about New Years is it’s bright freshy clean new-car smell of newness headed our way. The implied hope. The yearned-for change. The expectant want.

I think that one.one.one-one promises all of these things and maybe, just maybe, if we’re lucky, just a little bit more.

Hey, a girl can hope.